Why do authorities exist? It is because we live in a sinful and fallen world, and without authority everyone would do “what is right in his own eyes,” resulting in chaos. Those who will not be constrained from within by the living presence of Jesus Christ, must be restrained from without by the state, acting under God’s ultimate authority, in order to “promote the general welfare,” in the words of the Constitution’s preamble. When the church takes its mind and heart away from Christ and His words, human authority and tradition fills the vacuum. It is easy to criticize and find fault with the conduct of kings, and write furious articles against them in newspapers, or make violent speeches about them on platforms. Any fool can rip and rend a costly garment, but not every man can cut out and make one. To expect perfection in kings, prime ministers, or rulers of any king, is senseless and unreasonable. We would exhibit more wisdom if we prayed for them more, and criticized less. God can and does work in the hearts and minds of rulers and officials of government to accomplish His sovereign purpose. Their hearts and minds are as much under His control as the impersonal physical laws of nature. Yet their every decision is made freely – most often without any thought or regard to the will of God.

Reference:  Trusting God, 1988, p. 84. Used by permission of NavPress – www.navpress.com. All rights reserved.   Get this book!

We should take more seriously our responsibility to pray for the leaders of our government that they will make wise decisions. Although we may suspect that some of the more disastrous decisions are evidence of God’s judgment, we do not know that. We do know God has instructed us to pray for leaders. Our duty, then, is to pray for wise decisions, but to trust when foolish and harmful decisions are made.

Reference:  Trusting God, 1988, p. 85. Used by permission of NavPress – www.navpress.com.  All rights reserved.  Get this book!

Reference:  Trusting God, 1988, p. 89. Used by permission of NavPress – www.navpress.com. All rights reserved. Get this book!

By God’s own sovereign decree, presidents, kings, prime ministers, governors, mayors, police, and all other governmental authorities stand in His place for the preservation of society. To resist government is therefore to resist God [Rom. 13:15; 1 Ti. 2:1-3; 1 Pet. 2:13-15].

The better we understand the seething evil of the human heart that is ready to break out where there is no restraint, the more thankful we will be for government. At the same time, however, the kind of trust that we are called to give to our fellow imperfect humans in this life, be they family or friends, employers or government officials, or even leaders in a church, can never finally be earned. It must be given as a gift – a gift in faith, in trust more of the God who gives than of the leaders He has given (Eph. 4:11-13). No one need to think that the world can be ruled without blood. The civil sword shall and must be red and bloody.

Why would God put an evil ruler in power (Rom. 13:1)? 1. All men are evil so there are no good candidates to choose from. 2. Nations that work hard to reject God…deserve bad rulers. 3. No matter how bad our rulers may be they are never as bad as the hell we deserve. 4. God uses evil rulers for good and righteous ends (Jack Hughes).

Reference:  Sermon, The Sovereignty of God In An Election Year. 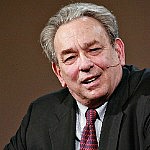 From sacred Scripture [2 Sam. 12:1-15; 1 Ki. 21; Mt. 14], we see representatives of the church not trying to become the state but offering prophetic criticism to the state – despite the potential consequences. The church is not the state, but it is the conscience of the state, and it is a conscience that cannot afford to become seared and silent.

[Within the Holy Trinity] we see that in principle the notion of subordination does not carry with it the notion of inferiority… Christ willingly submitted to the Father, without a word of protest. It is precisely that willingness that we are called to imitate in submitting ourselves to authority.

All authority is under Christ.  When we disobey lesser authorities, we are guilty of disobeying Christ. You cannot serve the King and honor His authority by rebelling against His appointed governors. To say you honor the kingdom of Christ while you disobey His authority structure is to be guilty not only of hypocrisy but of cosmic treason.

In America, we have a long history of valuing the concept of the separation of church and state. This idea historically referred to a division of labors between the church and the civil magistrate. However, initially both the church and the state were seen as entities ordained by God and subject to His governance. In that sense, the state was considered to be an entity that was “under God.” What has happened in the past few decades is the obfuscation of this original distinction between church and state, so that today the language we hear of separation of church and state, when carefully exegeted, communicates the idea of the separation of the state from God. In this sense, it’s not merely that the state declares independence from the church, it also declares independence from God and presumes itself to rule with autonomy. If we really want law and order in our country, it needs to start with respecting those in charge of administering law and order! Leaders should be respectable, but either way we are called by God to respect those who have authority over us (Rom. 13; Tit. 3). You can’t trash the rulers and then expect to have any respect for following the rules!

Law is the expression of the mind and will of a sovereign power. As God is the Creator, Lord, and King of heaven and earth, He is sovereign over all of His creatures. God’s law, which is based in His own holy nature, is the expression of God’s will for all mankind. God reveals His law in Holy Scripture so that man will know what is righteous and good.

When in his God-ordained role of civil magistrate (Rom. 13:1-6) man is called upon to make positive law for the governance of the body politic, the laws he enacts ought to be based on the commands and principles of God’s law. If the law is not based on the righteousness revealed in biblical law, then the law is not only unjust, it is also a usurpation of God’s sovereignty by man. No man or institution has authority to legislate anything that is contrary to God’s law. The state is not the creator of law, but the custodian of God’s law for the civil sphere. As God’s servant, the duty of the state is to interpret and apply biblical law to the circumstances of its own day within the sphere of its own jurisdiction (Deut. 1:16-17; 16:18-20; 2 Chron. 19:6-7).