Out of love for those you lead, commit yourself to improving your intercessory prayer. Ask yourself, If those I lead were dependent on my prayers, how would they do? 16 July 1842: I feel that, unless the soul be saturated with prayer and faith, little good may be expected from preaching. 4 September 1842: Prayer should be the main business of every day. 22 February 1846: God will not let me preach with power when I am not much in Him. More than ever do I feel that I should be as much an intercessor as a preacher of the Word. 4 June 1848: It is praying much that makes preaching felt. 29 December 1849: My chief desire should be . . . to be a man of prayer, for there is no want of speaking and writing and preaching and teaching and warning, but there is need of the Holy Spirit to make all this effectual. 21 February 1862: I am convinced that living in the spirit of prayer from hour to hour is what brings down the blessing. 9 September 1876: A time of impotence rising from want of much prayer. Nothing but constant intercourse with the Lord will carry on the soul. I got last Saturday set apart as a day of prayer; and I trace much of my help to that day. 22 June 1878: Ask much, for this is the way to grow rich. 12 May 1888: Found time to give the whole of this day entirely to prayer and meditation. There will be fruit of it to me and my people. The enemy uses all his power to lead the Christian, and above all the minister, to neglect prayer. He knows that however admirable the sermon may be, however attractive the service, however faithful the pastoral visitation, none of these things can damage him or his kingdom if prayer is neglected.

If we cannot prevail with men for God, we will, at least, endeavour to prevail with God for men. We cannot save them, or even persuade them to be saved, but we can at least bewail their madness and entreat the interference of the Lord.

Reference:  Lecturers to My Students, Lesson 3, The Preacher's Private Prayer.

The minister who does not earnestly pray over his work must surely be a vain and conceited man. He acts as if he thought himself sufficient of himself, and therefore needed not to appeal to God

Reference:   Lecturers to My Students, Lesson 3, The Preacher's Private Prayer.

All our libraries and studies are mere emptiness compared with our closets. We grow, we wax mighty, we prevail in private prayer. Prayer is the most effective means of pastoral care… We have been set apart as shepherds and teachers so that we may give time to intercessory prayer. It is no accident that the one present activity of our Lord Jesus Christ, the Great Shepherd of the sheep, to which the New Testament refers is His continuing intercession for us (Hebrews 7:25). We are never closer to His heart than when we intercede in His Name for His sheep.

We are all out of our depth in pastoral work. Our confidence must never be in our expertise or training or experience, but in God’s ability to use frail instruments filled with His Spirit. For this reason all pastoral work must be linked with prayer. Without the enabling grace of God, no encouragement, exhortation, admonition, or spiritual counsel will do any good; they must be backed by prayer (cf. Romans 15:5-6). They are not leaders because of brilliancy…but because, by the power of prayer, they could command the power of God. If we would do much for God, we must ask much of God… I cannot insist on this too much. Prayer is the first thing, the second thing, and the third thing necessary for a minister, especially in seasons of revival… Pray, then, my dear brother, pray, pray, pray. And who and what are ministers themselves? Frail men, fallible, sinning men, exposed to every snare, to temptation in every form; and from the very post of observation they occupy, the fairer mark for the fiery darts of the foe. They are no mean victims the great Adversary is seeking, when he would wound and cripple Christ’s ministers. One such victim is worth more to the kingdom of darkness than a score of common men; and on this very account, the temptations are probably more subtle and severe than those encountered by ordinary Christians. If this subtle Deceiver fails to destroy them, he artfully aims at neutralizing their influence by quenching the fervor of their piety, lulling them into negligence, and doing all in his power to render their work irksome. How perilous the condition of that minister then, whose heart is not encouraged, whose hands are not strengthened, and who is not upheld by the prayers of his people! It is not in his own closet and on his own knees alone that he finds security and comfort and ennobling, humbling and purifying thoughts and joys; but it is when his people also seek them in his behalf that he becomes a better and happier man and a more useful minister of the everlasting gospel.

Reference:  The Power of the Pulpit. 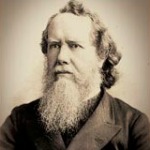 It is possible to move men, through God, by prayer alone. Prayer is a means of assisting the minister which is within the reach of all. They who can do nothing more, can pray. The sick, who cannot encourage their minister by their presence in the sanctuary, can bear him upon their hearts in their lonely chamber: the poor who cannot add to his temporal comfort by monetary donations, can supplicate their God “to supply all [his] needs according to His riches in glory by Christ Jesus” (Phil 4:19): the timid, who cannot approach to offer him the tribute of their gratitude, can pour their praises into the ear of Jehovah, and entreat him still to encourage the soul of His servant: the ignorant, who cannot hope to add one idea to the stock of his knowledge, can place him before the fountain of celestial radiance: even the dying, who can no longer busy themselves as in former times for his interests, can gather up their remaining strength, and employ it in the way of prayer for their pastor.

Our enemy knows that when he strikes the shepherd, the sheep will scatter (Matt. 26:31), and church leaders – even as the Lord Himself – are Satan’s special targets. The more faithful and fruitful a pastor is, the more his people need to pray for his strength and protection. He is more subject to the devil’s schemes to make him discouraged or self-satisfied, hopeless or superficially optimistic, cowardly or overconfident. Satan uses every situation – favorable or unfavorable, successful or unsuccessful – to try to weaken, distract, and discredit God’s gifted men in their work of “equipping of the saints for the work of service” (Eph. 4:12). A minister may fill his pews, his communion roll, the mouths of the public, but what that minister is on his knees in secret before God Almighty, that he is and no more

Reference:  Brothers, We Are Not Professionals, Bethlehem Baptist Church, 2002. p. 60. Because [prayer for the church] is secret and therefore unrewarded by men, we shall only undertake it if we long for their spiritual welfare more than for their thanks. The leader must use God’s power to move human hearts in the direction he believes to be the will of God. Through prayer the leader has the key to that complicated lock… In prayer we deal directly with God and only in a secondary sense other people. The goal of prayer is the ear of God. Prayer moves others through God’s influence on them. It is not the prayer that moves people, but the God to whom we pray.

It belongs to the very idea and nature of man to be in communion with God. It was once said to a useful minister, “Sir, if you did not plough in your closet, you would not reap in your pulpit” (Samuel Prime).

I have never known a pastor to be fired for prayerlessness, even though I expect that many justly could have been (myself included). There are at least three reasons for this. First, congregations rarely hold a pastor accountable for his devotional life. Second, pastors themselves too infrequently seek such accountability. Third, pastors can conceal the neglect of private duties more easily than the neglect of public duties. But what does such private neglect reveal? That a pastor fears man more than he fears God (Mike Smith).

A preacher who prays little may see some results of his labors, but if he does it will be because someone, somewhere is praying for him. The “fruit” is the pray-er’s – not the preacher’s. How surprised some of us preachers will be one day, when the Lord shall “reward every man according to his works.” “Lord! Those were my converts! It was I who conducted that mission at which so many were brought into the fold.” Ah, yes – I did the preaching, the pleading, the persuading; but was it “I” who did the praying?

Prayer is the first thing, the second thing, the third thing necessary to a minister.

His public prayers were an inspiration, but his prayers with the family were to me more wonderful still. Mr. Spurgeon, when bowed before God in family prayer, appeared a grander man even than when holding thousands spellbound by his oratory.