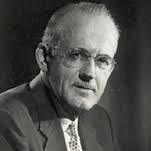 Salvation is from our side a choice; from the divine side it is a seizing upon, an apprehending, a conquest by the Most High God. Our “accepting” and “willing” are reactions rather than actions. The right of determination must always remain with God. The faith by which we are justified is faith. Faith is like a channel through which the benefits of Christ flow to us. We are not justified on account of faith; we are justified through faith. It is the work of Christ, not our faith, which is the foundation of justification. Faith itself is a gift of God. Never try to arouse faith from within.  You cannot stir up faith from the depths of your heart.  Leave your heart, and look into the face of Christ. Faith is different from proof; the latter is human, the former is a gift from God.

If the faith whereby I have laid hold on Christ to be my Savior be altogether wrought in me by the Holy Ghost through grace, then I defy the devil to take away that which he never gave me or to crush that which Jehovah Himself created in me.  I defy my free will to fling what it never brought to me.  What God has given, created, introduced, and established in the heart, He will maintain there.

“But,” say others, “God has elected them on the foresight of their faith.”  Now, God gives faith, therefore He could not have elected them on account of faith which He foresaw. The Spirit never makes men the instruments of converting others until they feel that they cannot do it themselves; that their skill in argument, in persuasion, in management, avails nothing. Being saved does involve the positive response of the human will. The person who is saved begins, at a point in time, to consciously and voluntarily assent and submit to (as well as delight in) God’s revealed truth where he formerly dissented to it in open rebellion or apathetic disinterest (which is also a form of rebellion). God grants regeneration to whom He pleases, thus freeing the will, which, until the point of regeneration, is enslaved to sin and opposed to God and truth. Once the will has been set free through regeneration, faith inevitably follows (cf. John 6:44-45). In this way it is rightly said that saving faith is a gift from God. Is there anything in ourselves that can merit salvation? Are some saved because they are better able to muster up belief in contrast to others who do not have the same inherent ability? If belief has its ultimate source in humans, people can boast about themselves before God because they are the ones who by their own goodness and power made the initial difference between whether or not they were saved. Such people would not suffer judgment like others because they would be inherently “better” than unbelievers.

We sometimes think we have grabbed hold of God and found Him, but it is really the other way around. It is true that the faith which I am able to exercise is God’s own gift. He alone supports it, and He alone can increase it. Moment by moment, I depend on Him. If I were left to myself, my faith would utterly fail.

Reference:  The Autobiography of George Muller, 1984, p. 155. All quotations taken from books published by Whitaker House are used with permission of the publisher. Whitaker House books are available at Christian bookstores everywhere. Get this book! Faith is the gift of God – not the result of the persuasion of the evangelist.

Reference:  Copied from The Gospel for Real Life by Jerry Bridges, © 2002, p. 135. Used by permission of NavPress – www.navpress.com. All rights reserved. Get this book!

God does not believe for us, but He does through His Spirit create spiritual life in us so that we can believe. Faith is a gift of God. It is part of the whole salvation package that God gives to us through the work of Christ for us and the work of the Holy Spirit in us. It is not our contribution, so to speak, to God’s great plan of salvation. God does it all. Faith is part of the unsearchable riches of Christ.

Reference:  Copied from The Gospel for Real Life by Jerry Bridges, © 2002, p. 135. Used by permission of NavPress – www.navpress.com. All rights reserved. Get this book!

We are not saved by producing faith on our own and then making that the basis of our new birth. It is the other way around, which means that God is at the bottom of my faith; and when it disappears for a season from my own view, God may yet be there sustaining its root in the new birth and protecting the seed from destruction.

Reference:  Waiting in Darkness taken from When the Darkness Will Not Lift by John Piper, 2006, Crossway Books, a division of Good News Publishers, Wheaton Illinois 60187, www.crosswaybooks.org. p. 38. We must never think of salvation as a kind of transaction between God and us in which He contributes grace and we contribute faith.  For we were dead and had to be quickened before we could believe.  No, Christ's apostles clearly teach elsewhere that saving faith too is God's gracious gift. According to the Bible, our repentance and faith are gifts of God to us; our conversion, our great change, occurs only by God’s grace. Faith is from God, not from man. Man can do nothing to earn or receive it.

Faith in Jesus Christ, however, and salvation through Him is a free gift of God… The fact that some receive from God the gift of faith within time, and that others do not, stems from His eternal decision.

Reference:  The Canons of Dort, The First Main Point of Doctrine: Divine Election and Reprobation.  Article 5 and 6- The Sources of Unbelief and Faith.

Reference:  The Canons of Dort, The Third and Forth Main Points of Doctrine: Human Corruption, Conversion to God, and the Way It Occurs. Article 14- The Way God Gives Faith.