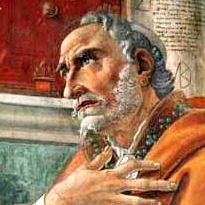 God may thunder His commands from Mount Sinai and men may fear, yet remain at heart exactly as they were before. But let a man once see his God down in the arena as a Man – suffering, tempted, sweating, and agonized, finally dying a criminal's death – and he is a hard man indeed who is untouched.

Reference:  Your God is Too Small. The mystery of the humanity of Christ, that He sunk Himself into our flesh, is beyond all human understanding. For the type of human nature that each of us possesses is not pure human nature. The true humanity created by God has in our case been corrupted and spoiled. There have only been three pure human beings: Adam and Eve (before the fall), and Jesus. All the rest of us are but broken, corrupted versions of humanity. Jesus is not only as human as we are; He is more human. Our humanity is not a standard by which we are to measure His. His humanity, true and unadulterated, is the standard by which we are to be measured. Jesus Christ, the condescension of divinity, and the exaltation of humanity.

Evangelicals are quick to defend the truth that in Jesus Christ “all the fullness of the Deity lives in bodily form” (Col. 2:9), and rightly we should. But there is a tendency among us, in the interests of Christ’s deity to minimize His humanity.

He is the King of kings, the radiance of His glory, the Lord of the spaceless, fabulous, infinite universe, omniscient, omnipotent, omnipresent, unspeakable holy, dwelling in light, unapproachable, changeless ... and yet He condescended to be enclosed in lowly human flesh, to be born a despised Judean, in a filthy stable, in the womb of a simple Israeli woman and without fanfare or pomp. 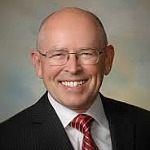 It is by far the most amazing miracle in the whole Bible – far more amazing than the resurrection and more amazing than the creation of the universe. The fact that the infinite, omnipotent, eternal Son of God could become man and join Himself to a human nature forever, so that infinite God became one person with finite man, will remain for eternity the most profound miracle and the most profound mystery in all the universe.