When men talk of a little hell, it is because they think they have only a little sin, and believe in a little Saviour; it is all little together. But when you get a great sense of sin, you want a great Saviour, and fell that, if you do not have Him, you will fall into a great destruction, and suffer a great punishment at the hands of the great God.

See how red your guilt is. Mark the scarlet stain. If you were to wash your soul in the Atlantic Ocean, you might incarnadine every wave that washes all its shores, and yet the crimson spots of your transgression would still remain. But plunge into the “fountain filled with blood, drawn from Immanuel’s veins,” and in an instant you are whiter than snow. Every speck, spot, and stain of sin is gone, and gone forever.

I thought I could have leaped from earth to heaven at one spring when I first saw my sins drowned in the Redeemer's blood. If sin is not our core problem, the gospel itself – the thing of first importance – is marginalized. The good news that Jesus proclaimed and offered is that there is forgiveness of sins, not through our own attempts to please God but by placing our confidence in Jesus Himself, in His death and resurrection. If sin is not our primary problem, then the gospel of Jesus is no longer the most important event in all of human history. If our sins outnumbered the number of the hairs on our head; yet the merits of the death of Jesus Christ are infinitely greater, and faith in His blood shall make them white as snow. The blood of Jesus unfailingly cleanses the believer from his sin at all times. There could be no sin that the blood does not cover, confessed or not confessed. Though our sins were taken care of in the cross of Christ, and by His blood being spilled for us, it is applied immediately in time to every sin we commit the nano-second we commit it.

God is faithful and just to forgive every sin and cleanse from all unrighteousness because of Christ's atonement alone. In other words, the believer does not confess in order to get something. What he seeks he already has.

In my mind, the worst sin that any human being could ever, would ever, or has ever committed is very clear. The worst possible sin would be to kill the Son of God. I can’t imagine anything worse than that; it not only embodies murder, but the most hateful, venomous, vicious rejection of God. Yet it is precisely that sin which Jesus demonstrates is forgivable. In Luke 23:34, as He hangs on the cross, He looks down at those who have taken His life, then He looks to the Father and says, “Father, forgive them.” Even killing the Son of God is forgivable. It isn’t the volume of sin that is unforgivable any more than it is the kind of sin. How many millions of sins in every one of the elect, every one of which is enough to condemn them all, hath this love overcome! What mountains of unbelief doth it remove! Look upon the conduct of any one saint, consider the frame of his heart, see the many stains and spots, the defilements and infirmities with which his life is contaminated, and tell me whether the love that bears with all this is not to be admired. And is not the same towards thousands every day? What streams of grace, purging, pardoning, quickening, assisting, do flow from it every day! This is our Beloved. 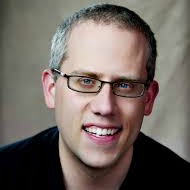 If you say “I can’t forgive myself,” it’s probably a sign of worldly grief – either unbelief in God’s promises and the sufficiency of Christ’s work on the cross, or regret that is merely focused on your loss of esteem and your loss of opportunities. When Jesus died, He died as my representative, and I died in Him; when He arose, He rose as my representative, and I arose in Him; when He ascended up on high and took His place at the right hand of the Father in the glory, He ascended as my representative and I ascended in Him, and today I am seated in Christ with God in the heavenlies. I look at the cross of Christ, and I know that atonement has been made for my sins; I look at the open sepulcher and the risen and ascended Lord, and I know the atonement has been accepted. There no longer remains a single sin on me, no matter how many or how great my sins may have been. The Bible teaches that all sin, past, present, and future, is forgiven through faith in the atoning death and resurrection of Jesus Christ. Eternal destiny is sealed and set at the moment of justifying faith. Our depth of intimacy, fellowship and joy is certainly affected adversely when we fail to confess and repent of daily sin. But our eternal destiny has already and forever been determined. We must recognize the distinction between the eternal forgiveness of the guilt of sin that is ours the moment we embrace Jesus in faith, and that temporal forgiveness of sin we receive on a daily basis that enables us to experience the happiness of intimacy with the Father.