This is very certain: there is no point of religion, more certainly and commonly rewarded with blessings in this world than that of rendering unto parents the dues that pertain unto them. A signal prosperity, even in this world, usually attends those children who are very obedient or serviceable unto their parents. To those who obey the commandment of their father, thus said the Lord of Hosts, “They shall stand before Me forever.” 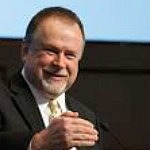 What are the signs of disrespect to your parents and other adults? 1. Knowingly disobeying. 2. Making fun of them. 3. Not speaking when they greet you. 4. Making threatening statements, rude or hurtful remarks. 5. Yelling for them to come to you when it not an emergency. 6. Grumbling about decisions they make. 7. Being ungrateful for something they do for you or give you. 8. Complaining about what they have given you to eat. 9. Talking back. 10. Objecting, mocking, correcting, questioning, or giving unasked-for explanations are all signs of disrespect. 11. Speaking in an irreverent way or in anger. 12. Saying to your parents or an adult, “I'll do it in a minute” or “just wait.” 13. Pushing for something after being told “no.” 14. Treating a discipline lightly. 15. Not listening when you are being spoken to. 16. Entering into a closed room of an adult without knocking or quietly asking. 17. Sighing, shrugging the shoulders, or giving a sour look when told to do something.

Children, obey. Why does the apostle use the word obey instead of honor, which has a greater extent of meaning? It is because obedience is the evidence of that honor which children owe to their parents, and is therefore more earnestly enforced.

God calls all children to be obedient and respectful. Obedience is the act; honor is the attitude.

Reference:  Cultivating a Godly Child, The article originally appeared (www.gty.org/Resources/Positions/111) at www.gty.org. © 1969-2008. Grace to You. All rights reserved. Used by permission.

The message for children is short and simple: obedience – in both attitude and action – is “right” (Eph. 6:1). It is “well pleasing to the Lord” (Col. 3:20). It is honoring to the parents. And it is good for the children – protecting them from a world of evil, prolonging their lives, and bringing them an abundance of blessing (see Eph. 6:1-3). Obeying [a parent] is doing exactly what [a child] is told, right away, with a good attitude.

Reference:  Everyday Talk, Talking Freely and Naturally about God with Your Children, Shepherd Press, 2004, p. 44, Used by Permission. Get this book! Resolved, never to allow the least measure of any fretting uneasiness at my father or mother. Resolved to suffer no effects of it, so much as in the least alteration of speech, or motion of my eye: and to be especially careful of it with respect to any of our family. God shows us the importance of the commandment [to honor our parents in Exodus 20] in several different ways: 1. First of all, notice that He puts it first in the list of our horizontal responsibilities. Our vertical responsibilities are addressed in commands one through four to Him, but when He begins to express our horizontal responsibilities, our responsibilities in our human relations with one another, the very first thing He says is, “Honor your father and your mother.” 2. Secondly, it is interesting. If we were to go ahead and read the laws all the way up through Exodus 24, you would find that God attaches the same penalty to disobedience of parents that He attaches to blasphemy and idolatry and the worship of false gods. In both cases, blasphemy and idolatry, worship of false gods, and in the case of disobedience to parents, in the laws of Moses the death penalty is given. 3. Thirdly, notice that this command flows out of and is closely connected to what is said in the first four commands. The first four commands basically said, “Worship God only. Revere God only.” And then the fifth commandment, what is the first word out of God’s mouth to us about our parents? “Revere your parents.” Isn’t it fascinating that He could spend four commands, and especially the first two commands, claiming to Himself the exclusive right to our reverence, to our worship, and to our adoration. And then in the very first word out of His mouth to us in how we relate to one another, He can say, “Revere your father and mother.” Obedience (for children) is part of the Maker's instructions, and there is no guaranteed success without it; for obedience is a God-created way of ensuring that we learn the right habits of living in our early years. To use Paul's word (from Ephesians 6:1), it is "right" in the sense of being natural for our human development. It’s evident when a society turns its back on God. Many necessary traits of a civilized and orderly democracy go out the window. One of them is the loss of the concept of honor and respect. How does that come about? Take the belief that you evolved which makes life without honor, add it the self-esteem movement that teaches you only to honor yourself, add to that no moral absolutes whereby your end goal will justify your dishonorable means and then throw away divine accountability to honor because you believe you are the final say defining right and wrong.