There is nothing - no circumstance, no trouble, no testing - that can ever touch me until, first of all, it has gone past God and past Christ right through to me. If it has come that far, it has come with a great purpose, which I may not understand at the moment. But as I refuse to become panicky, as I lift up my eyes to Him and accept it as coming from the throne of God for some great purpose of blessing to my own heart, no sorrow will ever disturb me, no trial will ever disarm me, no circumstance will cause my to fret - for I shall rest in the joy of what my Lord is! That is the rest of victory! In trial and weakness and trouble, He seeks to bring us low, until we learn that His grace is all, and to take pleasure in the very thing that brings us and keeps us low. His strength is made perfect in our weakness. His presence filling and satisfying our emptiness, becomes the secret of humility that need never fail. The humble man has learned the secret of abiding gladness. The weaker he feels, the lower he sinks, and the greater his humiliations appear, the more power and the presence of Christ are his portion.

So surely as the stars are fashioned by His hands, and their orbits fixed by Him, so surely are our trials allotted to us: He has ordained their season and their place, their intensity and the effect they shall have upon us.

There is no attribute more comforting to His children than that of God's Sovereignty. Under the most adverse circumstances, in the most severe trials, they believe that Sovereignty has ordained their afflictions, that Sovereignty overrules them, and that Sovereignty will sanctify them all. There is nothing for which the children ought more earnestly to contend than the doctrine of their Master over all creation – the Kingship of God over all the works of His own hands – the Throne of God and His right to sit upon that Throne. On the other hand, there is no doctrine more hated by worldings, no truth of which they have made such a football, as the great, stupendous, but yet most certain doctrine of the Sovereignty of the infinite Jehovah. Men will allow God to be everywhere except on His throne. They will allow Him to be in His workshop to fashion worlds and make stars. They will allow Him to be in His almonry to dispense His alms and bestow His bounties. They will allow Him to sustain the earth and bear up the pillars thereof, or light the lamps of heaven, or rule the waves of the ever-moving ocean; but when God ascends His throne, His creatures then gnash their teeth, and [when] we proclaim an enthroned God, and His right to do as He wills with His own, to dispose of His creatures as He thinks well, without consulting them in the matter; then it is that we are hissed and execrated, and then it is that men turn a deaf ear to us, for God on His throne is not the God they love. But it is God upon the throne that we love to preach. It is God upon His throne whom we trust. No physician ever weighed out medicine to his patients with half so much care and exactness as God weighs out to us every trial. Not one grain too much does He ever permit to be put in the scale.

We are always in the forge, or on the anvil; by trials God is shaping us for higher things. There may be circumstances in your earthly lot which at this moment are peculiarly trying. You look around and wonder how this or that circumstance will terminate. At present it looks very dark--clouds and mists hang over it, and you fear lest these clouds may break, not in showers upon your head, but burst forth in the lightning flash and the thunder stroke! But all things are put in subjection under Christ's feet! That which you dread cannot take place except by His sovereign will--nor can it move any further except by His supreme disposal. Then make yourself quiet. He will not allow you to be harmed. That frowning providence shall only execute His sovereign purposes, and it shall be among those all things which, according to His promise, shall work together for your good. None of our trials come upon us by chance! They are all appointed in weight and measure--are all designed to fulfill a certain end. And however painful they may at present be, yet they are intended for your good. When the trial comes upon you, what a help it would be for you if you could view it thus, “This trial is sent for my good. It does not spring out of the dust. The Lord Himself is the supreme disposer of it. It is very painful to bear; but let me believe that He has appointed me this peculiar trial, along with every other circumstance. He will bring about His own will therein, and either remove the trial, or give me patience under it, and submission to it.

Reference:  The Subjection of All Things Under the Feet of Jesus. 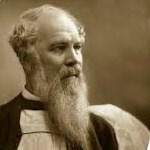 Let us mark this well. There is nothing which shows our ignorance so much as our impatience under trouble. We forget that every trial is a message from God – and intended to do us good in the end. Trials are intended to make us think, to wean us from the world, to send us to the Bible, to drive us to our knees. Health is a good thing.  But sickness is far better, if it leads us to God.  Prosperity is a great mercy. But adversity is a greater one, if it brings us to Christ.

Reference:  The Gospel of Matthew.

In His infinite wisdom, God allows trials in order to develop perseverance in us and to cause us to fix our hopes on the glory that is yet to be revealed… Our faith and perseverance can grow only under the pain of trial.

Reference:  The Practice of Godliness, NavPress, 1996, p. 112. Used by permission of NavPress – www.navpress.com. All rights reserved.  Get this book! Trials are medicines which our gracious and wise Physician prescribes because we need them; and He proportions the frequency and weight of them to what the case requires. Let us trust in His skill and thank Him for his prescription. I need to come to grips that God is a better god than me. He is sovereign, not I. It’s His universe and He’s permitted to run it according to His wisdom. In His sovereignty He permits people, at times, to hurt me. Yet without excusing their sin, He has a reason for inflicting pain in my life. It’s my job to trust Him as God, knowing that He has my best interests in mind, working all things together for my ultimate good (Rom. 8:28). It’s not about me becoming bitter over my trials. It’s about Him making me better through my trials.

Satan tempts (to make us weaker), but God’s goal is to test (to make us stronger) and oftentimes we are tested by God permitting Satan to tempt us. In the Bible (Luke 4) we see Jesus being tested by God as He is led by God into the wilderness to be tempted by the devil. The key to trials is to get out of them all that God intends for us. Why should I tremble at the plow of my Lord that makes deep furrows on my soul? For He is no idle husbandman, He purposes a crop. We are apt to complain, but remember: God’s infinite plan ordered [these trials]... The reason we do not see the wisdom of [the trial] is partly because being creatures we cannot fathom the wisdom of the Creator, and as sinful creatures we are blind and prejudiced. It is also partly because we forget the purpose they ultimately aim toward, and measure them by our own standards. It is also partly through our own pride, because we have such a high opinion of our own wisdom, which is foolishness indeed. In regard of God, patience is a submission to His sovereignty. To endure a trial, simply because we cannot avoid or resist it, is not Christian patience. But to humbly submit because it is the will of God to inflict the trial, to be silent because the sovereignty of God orders it – is true godly patience. When afflictions arrest us, we shall murmur and grumble and struggle until we see that it is God that strikes.