The three years of Jesus’ public ministry have stimulated more comment and literature across nineteen centuries than any other comparable segment of human history. Jesus is hungry but feeds others; He grows weary but offers others rest; He is the King Messiah but pays tribute; He is called the devil but casts out demons; He dies the death of a sinner but comes to save His people from their sins; He is sold for thirty pieces of silver but gives His life a ransom for many; He will not turn stones to bread for Himself but gives His own body as bread for people. 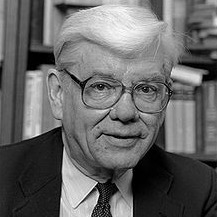 Regardless of what anyone may personally think or believe about Him, Jesus of Nazareth has been the dominant figure in the history of Western culture for almost twenty centuries… It is from His birth that most of the human race dates its calendars, it is by His name that millions curse and in His name that millions pray. Christ’s statements are either cosmic or comic. No one else holds or has held the place in the heart of the world which Jesus holds. Other gods have been as devoutly worshipped; no other man has been so devoutly loved.

His birth was common. Men wouldn’t have had a common birth for such a King. But it was celebrated with hallelujahs by the heavenly host in the heavens above. His lodging was poor and men wouldn’t have put Him in a stable but it was attended to by celestial visitants. It was marked by a conflux of stellar bodies. He had not the magnificent equipage of other kings but He was attended by multitudes of patients seeking and obtaining healing of soul and body. He made the dumb that attended Him sing His praises and the lame leap for joy and the deaf to hear His wonders and the blind to see His glory. He had no guard of soldiers, no magnificent retinue of military men, but centurions took orders from Him...and so have millions across the earth. He didn’t control a vast empire of those who did all of His bidding, but the waves and the winds and the storms which no early power can control obeyed Him. And death and the grave durst not refuse to deliver up their prey when He demanded it. He didn’t walk on velvet tapestry but when He walked on the sea the water held Him up. All parts of the creation except sinful men honored Him as their creator. He had no vast incomprehensible treasure of wealth but when He needed His money to pay His taxes, a fish yielded it up out of its mouth. He had no barns and He had no corn fields, but when He wanted to fill the hearts and the stomachs of a multitude, He created the food right out of His own hands. And no monarch in history ever entertained that way. He didn’t have the fantastic group of people sorrowing like other people have on occasions that demanded sorrow on His behalf, but the frame of nature itself solemnized the death of its author, heaven and earth were mourners, the sun was clad in black and if the inhabitants of the earth were unmoved, the earth itself trembled under the awful load. And there were few to pay the Jewish custom of rending their garments at His death, so the rocks took their place and rent their own bowels. He didn't have a grave of His own, but other men’s graves open to Him. He came not as the subject of death, but as the conqueror and invader of its territory and He rose victorious.

Reference:  Offending Christ. The article originally appeared (http://www.gty.org/Resources/Sermons/2320) at www.gty.org. © 1969-2008. Grace to You. All rights reserved. Used by permission. As the centuries pass the evidence is accumulating that, measured by His effect on history, Jesus is the most influential life ever lived on this planet.

One of the most amazing and significant facts of history is that within 5 centuries of its birth, Christianity won the professed allegiance of the overwhelming majority of the Roman Empire and even the support of the Roman state. Beginning as a seemingly obscure sect of Judaism, one of the scores, even hundreds of religions and religious groups which were competing within the realm, revering as its central figure one who had been put to death by the machinery of Rome. Sum up the life of Jesus by any other standard than God’s, and it is an anticlimax of failure.

He was born in an obscure village, the child of a peasant woman. He grew up in another obscure village, where He worked in a carpenter shop until He was thirty. Then for three years He was an itinerant preacher. He never had a family or owned a home. He never set foot inside a big city. He never traveled two hundred miles from the place He was born. He never wrote a book, or held an office. He did none of the things that usually accompany greatness.  While He was still a young man, the tide of popular opinion turned against Him. His friends deserted Him. He was turned over to His enemies, and went through the mockery of a trial. He was nailed to a cross between two thieves. While He was dying, His executioners gambled for the only piece of property He had – His coat.  When He was dead, He was taken down and laid in a borrowed grave. Nineteen centuries have come and gone, and today He is the central figure for much of the human race. All the armies that ever marched, and all the navies that ever sailed, and all the parliaments that ever sat, and all the kings that ever reigned, put together, have not affected the life of man upon this earth as powerfully as this “One Solitary Life” (James Francis). This Jesus of Nazareth, without money and arms, conquered more millions than Alexander, Caesar, Mohammed, and Napoleon; without science and learning, He shed more light on things human and divine than all philosophers and scholars combined; without the eloquence of schools, He spoke such words of life as were never spoken before or since, and produced effects which lie beyond the reach of orator or poet; without writing a single line, He set more pens in motion, and furnished themes for more sermons, orations, discussions, learned vocabulary,  works of art, and songs of praise than the whole army of great men of ancient and modern times.

Though born amid most disgusting surroundings, the member of a modest working family, He bore Himself always with great dignity and assurance. Though He enjoyed no special advantages as a child, either in education or employment, His entire philosophy and outlook on life were the highest standards of human conduct ever set before mankind. Though He had no vast economic assets, political power or military might, no other person ever made such an enormous impact on the world’s history. Because of Him millions of people across almost twenty centuries of time have come into a life of decency and honor and noble conduct.

Christ was placed midmost in the world’s history; and in that central position He towers like some vast mountain to heaven – the farther slope stretching backward toward the creation, the hither slope toward the consummation of all things. The ages before look to Him with prophetic gaze; the ages since behold Him by historic faith; by both He is seen in common as the brightness of the Father's glory, and the unspeakable gift of God to the race.