Godly people are angry when God is angry. It is anger which is consistent with the holy and righteous character of God.

When we have a controversy with the wicked we should take heed that private spleen do not rule us, but that only our interest in God’s quarrel with them doth move us. Anger itself is not sinful; every emotion is from God and is good when biblically appropriate.  But, “Do not let the sun go down on your anger,” Paul says (Eph. 4:26).

Righteous wrath is no less noble than love, since both coexist in God. I go further and say that there is a great need in the contemporary world for more Christian anger. We human beings compromise with sin in a way in which God never does. In the face of blatant evil we should be indignant not tolerant, angry, not apathetic. If God hates sin, His people should hate sin too. If evil arouses His anger, it should arouse ours too. What other reaction can wickedness be expected to provoke in those who love God? He that will be angry, and not sin, must not be angry but for sin. We should never be angry but at sin, and this should always be that which we oppose in our anger. And when our spirits are stirred to oppose this evil, it should be as sin, or chiefly as it is against God. If there be no sin and no fault, then we have no cause to be angry; and if there be a fault or sin, then it is infinitely worse as against God than it is as against us, and therefore it requires the most opposition on that account. Persons sin in their anger when they are selfish in it; for we are not to act as if we were our own, or for ourselves simply, since we belong to God, and not to ourselves. When a fault is committed wherein God is sinned against, and persons are injured by it, they should be chiefly concerned, and their spirits chiefly moved against it, because it is against God; for they should be more solicitous for God's honor than for their own temporal interests.

Reference:  The Spirit of Love the Opposite of An Angry or Wrathful Spirit, 1 Corinthians 13:5. 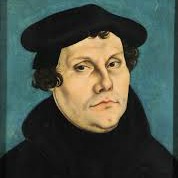 I never work better than when I am inspired by anger; for when I am angry, I can write, pray, and preach well, for then my whole temperament is quickened, my understanding sharpened, and all mundane vexations and temptations depart. 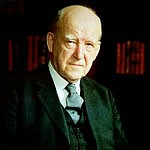 Does it grieve you my friends, that the name of God is being taken in vain and desecrated? Does it grieve you that we are living in a godless age...But, we are living in such an age and the main reason we should be praying about revival is that we are anxious to see God's name vindicated and His glory manifested. We should be anxious to see something happening that will arrest the nations, all the peoples, and cause them to stop and to think again. 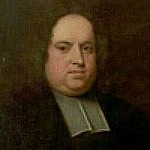 If we would be angry and not sin (says one), we must be angry at nothing but sin; and we should be more jealous for the glory of God than for any interest or reputation of our own. [Righteous] anger is not selfish and does not center on the pain you currently feel. To be free of sin such anger must be zealous for truth and purity, with the glory of God its chief objective. The first thing to understand about anger is that it isn’t always a bad thing.  Many people, especially Christians, have the mistaken notion that anger is intrinsically evil.  As a result, they feel needless guilt.  The idea that a Christian is never allowed to be angry is a demonic myth that tends to produce neurotic anxiety.  I’ve had to struggle with this myth nearly all my life. Controlled anger against sin and genuine love may dwell in the same heart at the same time and be directed toward the same person. It is legitimate for us to be angry with our children over genuine disobedience. At the same time, we must not express that anger in sinful ways (yelling, screaming, nastiness, irritation, etc.) but in loving ways for the good of our children.